NOTE: During the current school closure, I will be available via email (tonyspano@ccusd.org). Assignments for periods 2, 5, 6, and 7 are shared via Google Classroom. Each student should be receiving emails for those assignments and posts in the Google Classroom. Please contact me if you do not see those emails or cannot access the Google Classroom. "Virtual" Office Hours will be updated and posted soon. Thank you and stay well!
•••••
Dr. Tony Spano is in his 22nd year as Music Teacher at Culver City High School and was named CCUSD's "Sony Pictures Entertainment Teacher of the Year" in 2016. In addition to teaching all the regular day music classes at CCHS, he is also the Creative Director of Music and Executive Director of the CCHS Academy of Visual & Performing Arts (www.avpa.org). Originally from Denver, he received his Bachelor of Music Education degree from the University of Colorado at Boulder, and his MFA and DMA in Instrumental Conducting from UCLA. Outside of CCHS, Dr. Spano is on the Board of Directors of Pacific Serenades and the Culver City Arts Foundation.
In 2006 he was selected by the National Endowment for the Humanities to receive a grant to attend the “Mozart’s Worlds” institute in Vienna, Austria. In 2005 he won a Surdna Foundation Arts Teacher Fellowship which allowed him to attend the World Association of Symphonic Bands and Ensembles conference in Singapore. In Spring 2003, Dr. Spano was named one of ten finalists for the California League of High School’s “Educator of the Year” program in Region 8 (Los Angeles, Santa Barbara, Kern, San Luis Obispo, and Ventura counties). He was also selected to participate in the Toyota International Teacher Program which featured a two week professional development tour of Japan in the summer of 2003. 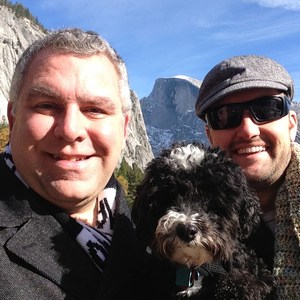