A little about Ms. Scherling

A native "Minneapolitan", Ms. Scherling received her BA from the University of Minnesota (GO GOPHERS!) and a Masters of Education degree in Special Education from American University in Washington DC.

In 1996 she moved to Los Angeles and took a break from teaching to work in the entertainment industry; however, she realized her heart was truly in education. After working as a teacher/Vice Principal at a non-public school she became a Centaur in 2000 where she has been a member of Faculty Senate, Special Education Department Chair and a WASC committee group facilitator.

Ms. Scherling is looking forward to meeting and working with her new and former students. This year she will be teaching two SAI Astronomy classes, and two Biology classes, one on her own and another in collaboration with Ms. Mansour.

Ms. Scherling can often be found at the end of day leaving in her workout gear. Part of her weekly routine includes pilates, small group fitness classes and TRX training.
In April, Ms. Scherling and her husband added to their family...a 6 month old female chocolate lab named Kota. In their spare time, they love to travel, and look forward to a time when they can venture off to places near or far.
Family Canvas Information: https://4.files.edl.io/3aad/04/23/20/215643-0983e6e6-5332-407a-aad0-c50c7f71f66c.pdf 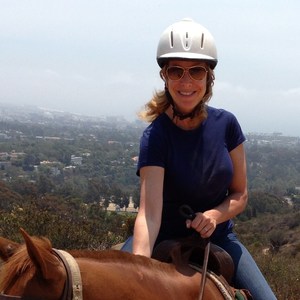